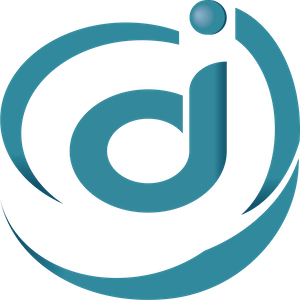 main@webdjstudio.com
Thank you for visiting, let's stay in touch!
Advantages of WordPress

Why WordPress?
How to know its features

To share more details on how WordPress has impacted the Web, I have compiled 15 of the most exciting features and facts about the platform.

In the majority, every website we visit on the Internet looks different. Of course, they all have some standard features, but each of them is unique. However, under all of this, most of the websites we use daily have one thing in common: WordPress.
If you are not a blogger or a web developer, you may have never heard of WordPress, but if you use the Internet, you are probably interacting with WordPress in one way or another.

It is a universal, easy to use, and, perhaps most importantly, completely free platform.
So that loggers, companies, schools, and governments worldwide rely on it to ensure their online presence.

It is, therefore, not surprising that WordPress has had a powerful impact on the Internet. To see how WordPress has impacted the Web, I have compiled 15 of the most interesting facts about the platform.
WordPress Usage Growth 2011-2021

What is WordPress?
WordPress is a content management system (CMS).
It means that it is a platform that is used to create and manage content online.

We know many different types of content management systems, but WordPress sets apart because you can use it without actual technical knowledge.

WordPress is open-source software, and that is no one owns it.
Instead, the development community works on this together and publishes it for free to the general public.

As we know, WordPress was launched in 2003, but there have been many updates since then.

The founder, Matt Mullenweg, created this foundation to protect the name of WordPress and preserve its open-source software status. WordPress is free does not make a profit, but millions of people use it around the world.

It is hard to find something as generous in the modern world.

How has WordPress changed the Web?

The primary function of WordPress in the development of the Internet is to make it easier for people to launch a website.

A few decades back, it took some high-tech skills and a lot of patience - two things that most people don't have.

Thus, when WordPress appeared, it filled the void in the market, making it very easy for ordinary people to create a website.

In this sense, we can argue that WordPress has helped make the Web a free and open space.

This platform helped remove many of the barriers to entry when it came to the Internet, which allowed more people to express their opinions or start the business that they always wanted to open.

Today, the popularity of WordPress continues to grow, which means that we can expect it to continue to influence the Internet.

However, how the Internet can affect WordPress in the future remains unanswered.

To share some context on how great WordPress is in the modern world, here are some interesting facts about CMS software that practically supports the Web.

2. Every six months, we have a million new WordPress domains

7. 34 percent of web users use WordPress

11. WordPress.org and WordPress.com are not the same things

15. The WordPress community is huge

There is no even a lot of competition. There are at least 20 options in the "Everything Else" category, and they control less than 25 percent of the market. As a result, WordPress has a monopoly.

Since this is a nonprofit organization, and also because it is free and so easy to use, it seems that not many people pay attention to the fact that in the CMS market, one organization dominates.

2. Every six months, we have a million new WordPress domains

Those who are interested in launching a website almost automatically assume that WordPress is needed for this.

Initially, WordPress was only offered in English, but it was delivered in different languages as it grew. There are translated versions available in over 60 languages, but they are incomplete. In 2014 non-English WordPress downloads exceeded English ones, demonstrating how fast WordPress spreads all over the world.

In addition to WordPress versions, WordPress publishes content in more than 120 languages, the most popular of English, Spanish, Portuguese, and Indonesian.

These statistics apply only to WordPress.org and not too many blogs using WordPress. At WordPress.org, users can get help by asking questions on the support forums, reading tips, downloading the latest version, and donating to WordPress.
This traffic makes WordPress one of the most popular platforms globally and demonstrates how large the global WordPress community is.

Can you imagine that WordPress.com blogs have 409 million views per month, and it is roughly equivalent to what Reddit gets?

This statistic is taken from WordPress and shows how often people publish content in WordPress.

7. 34 percent of web users use WordPress

To understand the role WordPress plays on the modern Internet, keep in mind that about a third of the Internet uses the software.

It may not seem very impressive since it means that two-thirds do not use software, but we must remember that not every website uses third-party content management systems.

Many companies pay for creating their own, so it's more important to focus on the share of WordPress in the CMS market.

WordPress is not used only by bloggers and small businesses. Many large companies rely on this for their websites.

Here some examples: the New Yorker, CNN, TED, Disney, Target, Microsoft, etc.
There are also several major universities, such as Harvard, the University of Berlin, the University of Melbourne, etc.
9. WordPress is 100 percent free

The founders of WordPress created software to make it easier for people to build websites rather than get rich. They were able to maintain this philosophy until today, which means that the people who work on WordPress don't get paid better.
WordPress collects donations, but they are 100% voluntary.

Here is an excellent example of how WordPress has genuinely changed the Web.
Search engine optimization (SEO) is a massive part of the marketing strategy of most companies.

It is a content creation process that works well in search engines to drive more traffic.
Many things determine how well you work with SEO, but Google executives have pointed out that it was using.

WordPress helps solve 80-90 percent of the crawl problems Google faces and means that using WordPress makes it easier for you to be ranked on Google. It is a good reason for anyone who wants to create a successful website to use WordPress on top of any other CMS.

11. WordPress.org and WordPress.com are not the same things

To try to make some profit, WordPress founder Matt Mullenweg founded Automattic, and its main focus was WordPress.com. This service offered comprehensive blogging, including hosting (which does not WordPress.org) for a monthly fee. Topics are limited and must be purchased, while paid systems host other features.

WordPress.org always strives to be free, and Automattic contributes to the WordPress Foundation, but both are entirely different organizations.
12. There are over 55,000 WordPress plugins

Plugins are software patches that let you implement more on the WordPress platform.
Some of the plugins analyze your content, others provide additional security levels, and some allow you to create better menus and tables. You can download more than 55,000 plugins, but this number is continuously growing.

This is an excellent example of how WordPress has opened up new possibilities in the world of software and web development.

Since WordPress is such a massive operation, you might think an enormous team is behind it. WordPress was created by volunteers and is offered for free, so the group responsible for making it is pretty small.

At present, WordPress has less than 1,000 employees.

To give you an idea, over half a million employees work at Amazon, which receives roughly the same number of page views monthly. Of course, they do entirely different things, but it is incredible to think that such a small group of people manages such a significant part of the software.

There is a high demand for people who know how to work with it outside the surface and create truly unique and exciting sites.

It includes the development of custom layouts and designs in addition to what is available through different ones, and they also help to create unique plugins and other special functions for your site.

Of course, you can do something yourself because WordPress is easy to use, but sometimes you need a professional to go to the next level. The low end of the range is $ 20/hour, but many WordPress developers earn up to $ 100 per hour for their services.

15. The WordPress community is huge

Finally, WordPress has helped bring people together around the world.
In 2017 alone, more than 4,000 WordPress meetings were held in cities worldwide, and there were 128 WordCamps, which are primarily agreements for people involved in WordPress.
This shows how the software helps not only to unite people digitally but also to unite them physically.

It's hard to find something similar or more powerful than WordPress.
Millions of people worldwide use it, and because it is so good and also because it is free.
WordPress is always grateful for making it easier for us to create websites, connect and turn the Internet into what it should always be: a safe space for freedom of speech and self-censorship - expression.
MAIN@WEBDJSTUDIO.COM